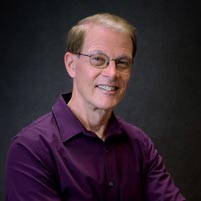 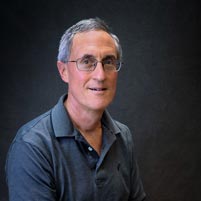 Growing up the son of an Air Force pilot, Dr. Davis graduated from high school in Tokyo, Japan, and attended college at the University of Washington.  He graduated from the University of Washington dental school and entered the Air Force as a general dentist in 1978.  Dr. Davis maintained a general dental practice in the United States Air Force from 1978 until he retired from active duty in 1999 (pictured in a retirement photo with his father).

In addition, he completed a fellowship in biomaterials at the University of Indiana.  During his 21 year Air Force career, Dr. Davis served as a clinical instructor, research director and lecturer for twelve years.  He has published a number of scientific articles and research abstracts, as well as textbook chapters, and has lectured on a variety of scientific topics. Following retirement from the Air Force in 1999, he completed the graduate program in endodontics at the University of Oregon in 2001.

Following his post-doctoral training, he joined his former Air Force colleague and long-time friend, Dr. Rick Schwartz, in practice and since that time has maintained a private practice limited to endodontics in San Antonio, Texas.  His free time is spent primarily with his children, Kathleen and Collin.  He enjoys sports and recreation of all kinds and when he isn’t studying with his college-age kids, he likes to run and mountain bike.

Dr. Rick Schwartz graduated dental school from the University of Minnesota in 1977.  He was a restorative dentist for 19 years prior to entering post-graduate training in endodontics. Early in his career he attended a 2-year general dentistry residency while in the U. S. Air Force, and then did a combination of private practice, teaching and dental materials research before entering endodontic training in 1996.  He has authored over 100 articles and abstracts in scientific journals and was a cover author on 3 editions of “Fundamentals of Operative Dentistry” by Quintessence Publishing Co. He is first author of the book “Best Practices in Endodontics,” and is a cover author of the book “Advanced Cone Beam Computed Tomography for Endodontics.”  He has lectured extensively in the U.S. and in 17 other countries.

Since 1998 Dr. Schwartz has been in full time private practice limited to endodontics in San Antonio, TX, and has practiced with Dr. Rick Davis since 2001.  He has been married to his wife Jeannette since 1976, they have a married daughter who is an engineer in Austin “who has given them two crazy grandchildren”??

Dr. Zhangrui “Zac” Liang grew up in China and has been in the U.S. for 9 years. His parents enrolled him in English classes starting at age 3. He attended dental school in China and did his endo training at UCLA. Chinese students are selected to study in the U.S. strictly on merit. They undergo a series of tests and award study visas only to those with the highest scores. He also holds a Master of Science degree.

Dr. Zac is very bright, self-confident, and personable, with a nice dose of humility. He has a gentle, friendly personality that translates well to patient care. In his spare time, he is an avid snowboarder, swimmer, and an aspiring chef.

Dr Rick Schwartz in a podcast on Endodontics with Howard Farran of Dental Town.

Success StoriesWhat Patients Say About Us